Stephen was delighted to accept the £300 cheque and other monies from a
recent fundraiser, saying that all donations are deeply appreciated and
necessary to help Northern Irish sufferers of the disease.

An additional £858.75 was raised for MND NI from Santa’s Pony Parade
Ballycastle, an annual parade and street collection organised by the local
horse-riding community. The event has also raised over £1000 for Rett
Syndrome Ireland since 2015. Rett Syndrome is also a much neglected and
underfunded disease affecting little girls. 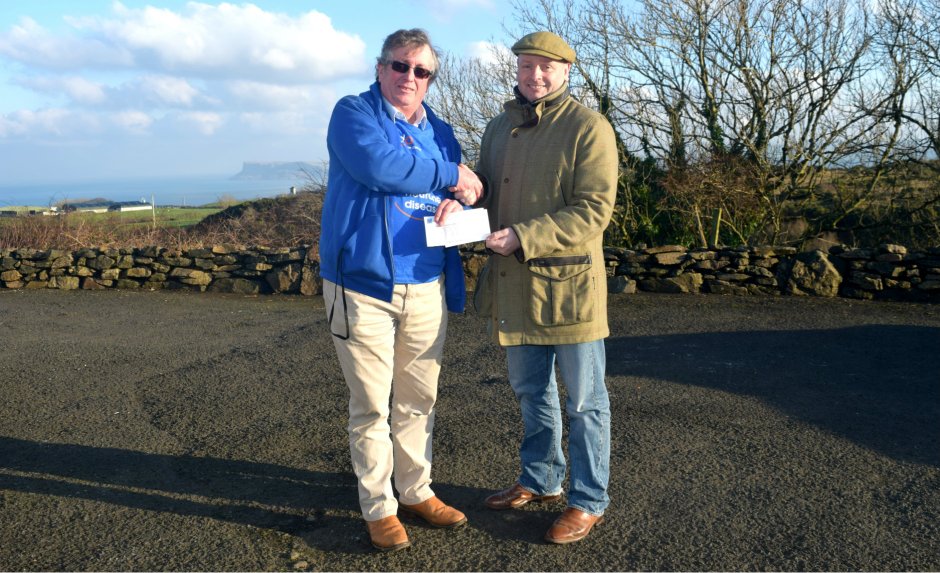 Chief organiser, Roisin McGinn, has had several other fundraisers for theMND NI since 2010; the 5th Annual Santa’s Pony Parade pushed her fundraising total for the charity to over £10,000.

Motor Neurone Disease (MND) is a progressive neurodegenerative disease that
attacks the upper (brain) and lower (spinal cord/neuromuscular junction)
motor neurones. Degeneration of the motor neurones leads to weakness and
wasting of muscles, causing increasing loss of mobility in the limbs, and
difficulties with speech, swallowing and latterly impairs the ability to
breathe.